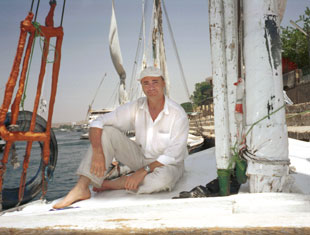 I was born in Adelaide, South Australia in 1960 and from an early age I had always been fascinated by images drawn, painted or photographed.  Whether they were artworks in a gallery, images used in advertising or an illustration in one of the first story books I can remember, the images had a strong meaning that I wanted to understand.  When you stop and think about it, perhaps next to the printing press, images, in particularly photography, have probably shaped the way we see and learn about our world more than anything else.  The old adage of ‘a picture tells a thousand words’ is quite misleading as images are not confined by words and do not have a spoken language as such.  They can be understood by any viewer of any age and will have a slightly varying meaning to each, depending on the individuals own experiences.

My education lead me to study architectural graphics before photography took over my life.  I still find architecture and graphics fascinating but usually from a purely aesthetic point of view.  Although I studied commercial photography, I now mainly work in the quite technical field of Medical and Scientific photography at a leading teaching hospital in Adelaide, South Australia.  Running parallel to this I am equally known as a South Australian Fine Art and Landscape Photographer.  The two fields complement and support each other.  As Edward Weston once said ‘An excellent conception can be quite obscured by faulty technical execution or clarified by faultless technique’.  I think of this phrase often in both my artistic and technical pursuits.

Over the years I have been credited with no less than 30 awards through the Australian Institute of Professional Photography’s (AIPP) yearly National and State Print Awards thus attaining the highly prized title of Master Photographer.  On several occasions I have also accepted an invitation to be included in the panel of judges for the National Print Awards.  In 1986 I won the Australian Institute of Medical and Biological Illustrators National Award for Excellence in Photography.  In 1995 I had the Landscape Photograph ‘Clouds New Mexico’ accepted into the prestigious Fuji ACMP Australian Photographer’s Collection and in 1996 I was the South Australian AIPP Landscape Photographer of the year.

My major photographic influences, both technically and philosophically, are the early 20th Century Photo Secessionalists; Alfred Stieglitz, Eduard Steichen and Gertrude Käsebier, the Modernists; Edward Western, Ansel Adams and Imogen Cunningham and surrealists Man Ray, Lee Miller and Bill Brandt.  I am also very interested in the paintings and ideas of Picasso, Dali, Monet and Goya to name just a very few of the influences whose work I have studied over the years.

The photographs I have chosen in my Portfolios are from my collection of work done purely for personal reasons over the past 20 years or so.  I count myself lucky to have been able to travel and experience quite different places and cultures.  I prefer to react to a place or situation, as found, if you like, rather than to go out specifically to make a photograph.  That’s not to say I always do that.  Sometimes you just have to go out and with experience, choose the location, set up the tripod and wait for the magic to happen.  Landscape photography in my opinion is almost the opposite of studio or still life photography.  One has to react emotionally to what is in front of you and the resulting photograph should reflect that emotion.  In the studio the subject is lit in a particular way to describe the feeling one wants or if shooting a person they are reacting to a particular set of circumstances produced by the photographer.  That is not to say they are any less relevant as photographic art or that they lack feeling.

I am very interested in why we take photographs.  Probably without realizing it, when we come before a vision that moves us emotionally we reach for the camera and try to record what we have seen.  What we are actually doing is trying to recreate what we see and feel at that moment.  Whether we are successful in doing this could be a matter of luck but is more likely to be a combination of how well we have developed our sense to perceive things and how well we know the limits of our photographic medium.  That is why it is said that the process of photography is both an art and a craft.

I hope you enjoy the photographic representation of some of my experiences.